skip to main | skip to sidebar


This is the final entry in THE PLOG.  But that doesn't mean it's the last word.  Patricia Jempty, the author who always signed her posts PJ, passed away - peacefully, in her sleep, in hospice - in the early hours of June 28 in Brooklyn, NY.  In the days before, she had been embraced by her friends and her family - her husband Marty, her children Mariel, Mark and Harry.

Her friend Ronni Gordon wrote a lovely tribute to Patricia on her own blog: "She was feisty, funny, smart and compassionate." (You can read it in its entirety here:  http;//runerwrites.blogspot.com/2014/06/on-losing-friend-to-leukemia.html.)  After she fell down at 2 a.m. earlier this year, Patricia assessed the situation thusly: "Lesson learned: no more seltzer in the night."

Patricia had a thing for the color orange long before Netflix decreed it cool; she also liked shoes, and earrings that matched her clothes.  But it is her love for Marty, Mariel, Mark and Harry that was the wellspring of her remarkable spirit and courage.

That love lives on, through her family and her many friends, and through her writing; and because of it, so does she. 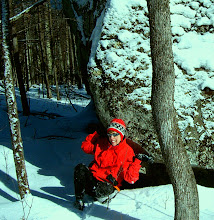 In March 2006, I was diagnosed with a blood cancer called Acute Myelogenous Leukemia (AML). Life as I knew it came to a crashing halt. After enduring a month in the hospital where I received intense chemotherapy, I was declared "in remission." I had three additional treatments and remained cancer-free until May 2007, when I relapsed.

My only shot at survival was to have a stem cell transplant. However, my brothers' immune markers didn't match mine, and an international search of bone marrow registries found no perfect matches. A transplant using the blood from two umbilical cords was recommended. I grasped at this straw in September 2007. It seemed to work.

This blog tells the story of my transplant and recovery, replete with outrageous slings and arrows. The expression "blood is thicker than water" has new meaning for me. I remained alive due to the blood of strangers, two of them, both male. Thanks guys.

The plot thickened when I relapsed 19 months into my new remission and had to go through the same rigamarole once more. This time, I received stem cells from a matched adult donor who was identified last go round but didn't fit into the necessary time frame. Charles Dickens could have fun with this, the stuff of pulp fiction.

I remain in remission 4 years later. My donor keeps leukemic cells in check but finds interesting ways to attack my body. Chronic graft versus host disease keeps me firmly entrenched in the medical world. And so it goes.